“The liberties of our country and the freedom of our civil constitution are worth defending against all hazards… unless there is a pandemic with over a 98% survival rate. Then we should empower the government to restrict free travel and commerce for those citizens who fail to submit to government-mandated medical passports.”

Can you even imagine? It’s impossible to envision a quote like this originating from the founding fathers, who cherished independence and liberty above all, risking life, limb, and fortune to obtain it.

At ACRU Action Fund, our motto is “Live Free.” That is why we applaud the work of Florida legislators and Governor Ron DeSantis, who are working diligently to protect the constitutional rights of citizens. Governor DeSantis sums up the issue, “It’s completely unacceptable for either the government or the private sector to impose upon you the requirement that you show proof of vaccine to just simply participate in normal society.”

DeSantis signed Executive Order 21-81 on April 2, 2021, expressly prohibiting both government and private entities from discriminating based on COVID passports. The Florida legislature followed suit with passage of a measure prohibiting businesses, schools, and government agencies from requiring proof of vaccination. Thank you!

Tying liberties to a “passport program” is an unconstitutional abuse of power, regardless of the method of implementation. ACRU Action also vigorously opposes efforts to “sidestep” due process by shoveling the program to the private sector.

When private companies have been co-opted by government forces to act to benefit the government or a particular regime, then America has entered a dangerous period of fascism. Collusion between politicians and bureaucrats and private companies to discriminate against citizens because of their private medical decisions is just as unconstitutional as the government acting alone.

COVID passports represent a clear and present danger to liberty, freedom, and personal privacy. This threat is so onerous those on both ends of the political spectrum agree.

“The passports are so antithetical to liberty, freedom of association, medical choice and privacy, and full participation in society that once they are implemented, there is likely no return to a free republic.”

“…we agree that COVID ‘passports’ are likely the final blow that America cannot withstand while remaining a free country.” 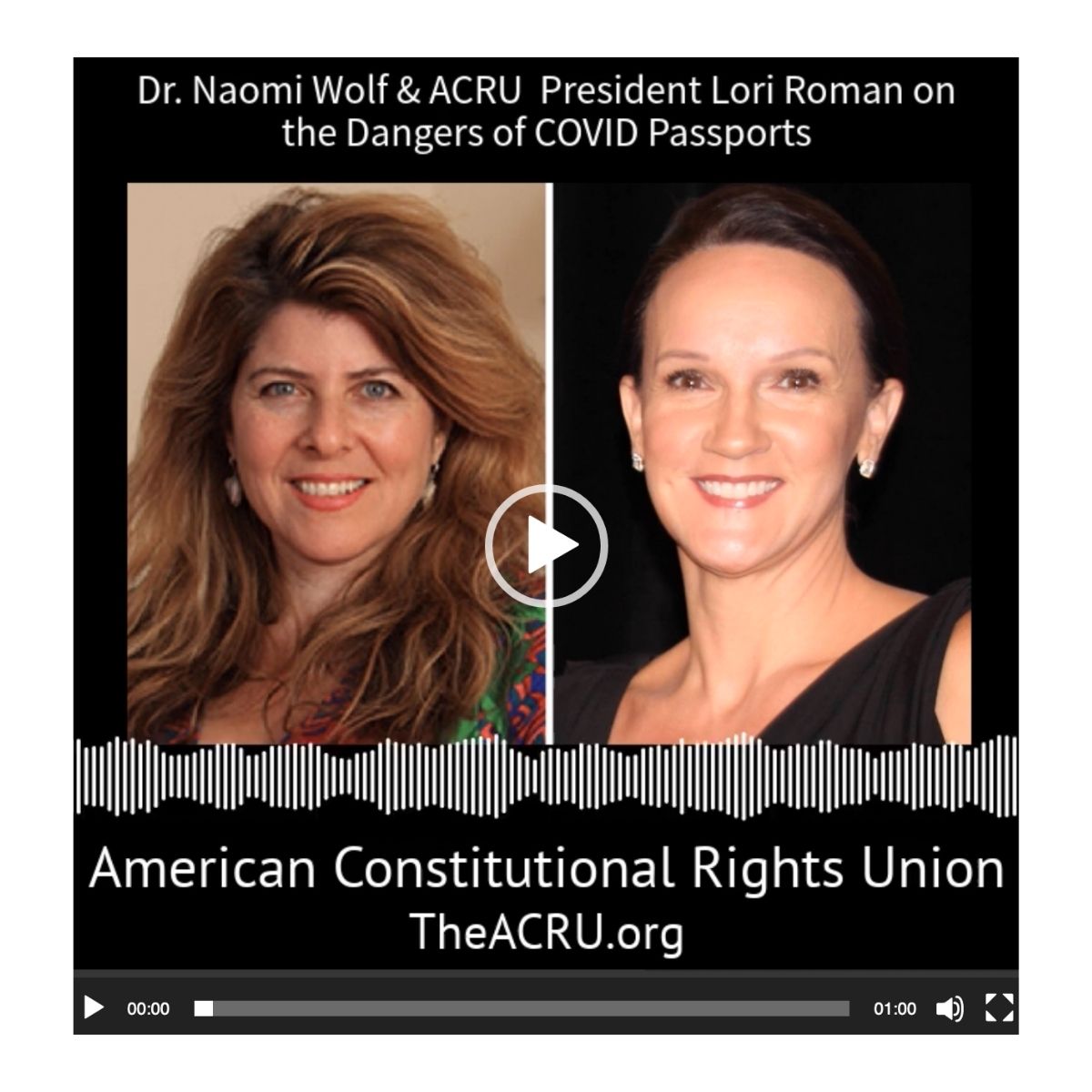 ACRU Action encourages state legislators to protect their constituents against the usurpation of individual liberty by opposing any implementation of COVID Passports, either through government or private channels. Without the freedom to make our own medical choices and engage in commerce, we can’t Live Free.